Hope for cinema and the rejected of Europe! This comic/absurd fairytale offers a way out of despair in our harsh post-capitalist age. Georgian cleaners in a castle in East Germany preparing a party for the elite consider their proletarian options.

Three young Georgians have to clean a castle in Berlin, where a German arms manufacturer's art collection is being set up for an exhibition. Of course, the proletariat isn't welcome at the opening party and they are banished to a servants' room in the attic. Downstairs, however, a splendid buffet attracts them - so why not just ignore the unfair prohibition and cross the line of class society? Didn't the French Revolution start over a piece of cake?
Telling each other unlikely tales ranging from an adventure of Saint Francis to a spiritualistic séance in the USSR, the three try to figure out whether class relations can be overcome, when all existing stories say they can't. They also have to deal with obstinate clouds, neo-liberal working conditions, apocalyptic petty bourgeois and agents of a late-capitalist conspiracy, which they defeat with a laziness one must call messianic. A proletarian winter's tale, in short. 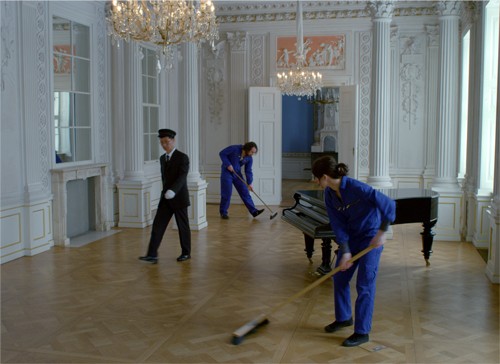 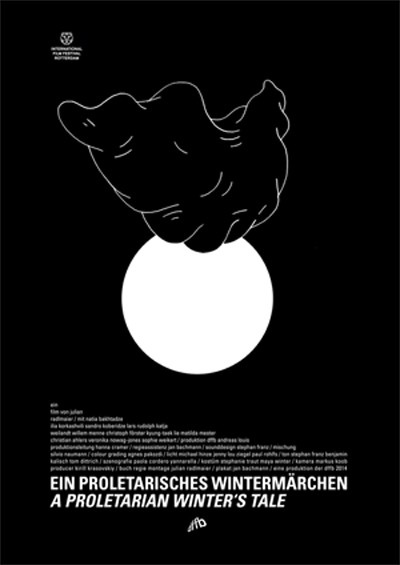